Tiffany Werhner’s Bestselling Book “There’s a Light Within You That Never Goes Out” Throughout her journey as a Psychological Specialist in Correctional Facilities and in Private Practice, she has had some clients that survived horrifying rapes, childhood sexual abuse and incest. Some of the experiences these clients shared made it difficult to imagine how they were still alive. So she held a private “Survivor Group” and they have all come so far in their journeys of recovery. This book is something that will not only grab your attention, but hopefully encourage the public to take the “stigma” AWAY from seeking professional mental health help. It is never too late to seek help. There is no shame in seeking to find the light within you that never goes out.

Violently gang-raped when she was thirteen years old, and raped three  more times before the age of eighteen, Madeleine has experienced more  trauma in her life than most ever will.Living in a state of shock  and self-loathing, it took her years of struggle to confront the buried  memories of that first attack and begin to undo the damage it wrought,  as men continued to take advantage of her fragility in the worst  possible way.Yet, after growing up with a burden no teenager  should ever have to shoulder, she found the heart to carry out the best  revenge plan of all: leading a fulfilling and happy life. But the road  to piecing her life back together was long and painful. For Madeleine,  forgiveness was the key. True forgiveness takes genuine effort. It takes  a real desire to understand those who have done us so much harm. It is  the ultimate act of courage.In Unbroken, Madeleine tells  her deeply moving and empowering story, as she discovers that life is  about how a person chooses to recover from adversity. We are not defined  by what knocks us down – we are defined by how we get back up. 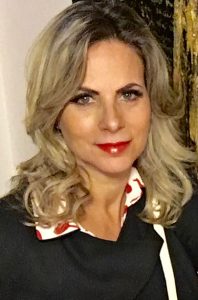 Runaway Advocate and Expert Marnie Grundman is the author of MISSING: A True Story of a Childhood Lost. Marnie  has been featured on major Television and radio shows such as Breakfast  Television, Global News, The Marilyn Denis Show, Young Justice with  Zach Rhoads, NewsTalk 1010, Wise  Women Canada, CJAD, Experience 50, Lifeology with James Miller and the  National Association of Adult Survivors of Child Abuse.

Once upon a time I was a missing child, a  child of the streets. I began running away at the age of five after my  mother dropped me out of a two-story window for financial gain. Two  broken arms later I was sent to live with my grandparents … the  creators of my mother. I spent the rest of my childhood running, for the  last time at the tender age of 13 – this time for good.

What does forgiveness look like?  In Relentless, Kellie Springer’s  memoir, she shares her very human experience on the path to forgiveness  for the abuses she suffered as a child.    She explores the depth of  trauma and the long journey to healing, self-awareness, and  self-compassion. This is one of the best self improvement books and readers will be captivated by her candid story,  anxiously accompanying Kellie through her walk of personal growth, and  finally celebrating her realization of compassion and forgiveness.    In  telling her story, Kellie seeks to inspire others to own their stories  and the truths that lie within themselves, in order that they may live  from a place of authenticity.  “I don’t know how my story will end but  nowhere in my text will it ever read…’I gave up.'”  ~ Anonymous

We are mighty, little one, and we are brave; it will not always be so easy to find, but it will be there. Know this many years from now, you will learn to love yourself again, and it will be the most painful experience and worthwhile time. Just breathe and know that it ends it will end by the time you’re fifteen. I will write that letter later. I also know that a lot of my words are probably too large or too forward thinking for us at six, so I just wanted to say this and this alone to you for now

WE BECOME A SUPERHERO- Brian (US)

What would you say to yourself after suffering years of sexual, physical, and mental abuse? If you could write a letter or novel telling yourself to keep calm and survive, would you? This is one man’s truth and voice lending to the cause of survival.

“When the Dust Settles” by Joe Potosi

When the Dust Settled is the true story of a young child’s struggle to survive in the world, despite enduring many terrible circumstances. When this child was just three years old, his father abandoned him, his siblings, and his mother. Over the next fifteen years, this young boy was endured physical and emotional abuse from both of his parents. This boy found himself “between a rock and a hard place” for over a decade of his life. Despite the evil that was inflicted upon him, this story shows the power of the human spirit and the will to survive, no matter the circumstances. This book also shows the power of God’s purpose for each life He created, even if you find yourself in between a rock and a hard place.

You can purchase When the Dust Settled on Amazon

You can learn more about Joe on his website.  https://joepotosi.com/

“Depression, Oil Trading & A Mind At War With Itself”, by Jonathon Ford

From a largely joyless childhood in the UK, Jonathan shares his troubled  family life, with an alcoholic father and domineering mother, through  the school and college years and to the present day. He chronicles his  agonizing struggles with severe depression and anxiety that caused  massive marital strife with his two American wives plus career upheaval,  almost resulting in suicide. His mental illness could not have made him  more unsuited to his chosen career as an oil trader during which he  suffered many failings, disappointments and betrayal that threw him into  deep despair and his life into turmoil and, ultimately, near financial  ruin.  His unfailing love for his four children from two difficult  marriages shines through the darkness and has been the principal factor  behind his survival. Jonathan offers valuable insight into the murky  world of oil trading, supported by his first-hand knowledge of the  industry, gained whilst working notably for Vitol and BP, as well as a  trader’s perspective on the Enron era, sprinkled with eye-opening,  fascinating, and often amusing anecdotes.

Elizabeth made her children’s literature debut with “Mister D: A Children’s Picture Book About Overcoming Doubts and Fears” and then combined with James to write “Beeswing Makes Friends”  Read more about those below

Learn more about both James and Elizabeth on their website:

An inspirational, empowering and entertaining picture book for the whole family about overcoming doubts and fears.

Eight year old Julie is getting ready to test for her Black Belt in Martial Arts, but her lack of self-confidence is holding her back – until her Aunt Mary reveals the secret of Mister D.

Who is Mister D and what is the secret?

You can purchase Mister D from Amazon

Long, long ago, there was a little golden dragon named Beeswing. He could breathe fire when he was angry, but he almost never was. And, he had the ability to change into other animals. That made his friends laugh and laugh.

One day, the friends played so hard they fell asleep for a very long time. So long, in fact, the time became Now. When they awoke in the middle of a city, Beeswing and his buddies realized they didnt know anyone. And then, they spied some children who looked lonely, too. Thats when Beeswing applied his special talents to help everyone become friends.
Beeswing Makes Friends, the first in a childrens picture book series, shares an entertaining and enlightening story about the adventures of Beeswing, the little magical golden dragon, and his friends, both human and fantastical.